Thanks for having me tonight, it’s an honor to talk to you about such an important subject as love. And extremely hard for me to do it in another language than I’m used to, but he, life is about taking risks and growing your comfort zone, so let’s go.

Fleur already introduced me and she’s right, I’m a writer and a big big fan of stories. Every good story, especially the ones about the romantic kind of love, start with four important words: once upon a time. So lets start that way tonight as well.

Once upon a time, almost a century ago my grandparents were born not so far away from here. But the world they lived in couldn’t be more different then the one we share today. They – of course – lived in the same village, had almost the same age and they met really young, at fifteen. They liked each other right away, and my grandma sneaked away from home after bedtime to see the guy that stole her heart. Of course her parents weren’t that happy when they found out, but my grandma knew for sure: this is the guy I want to grow old with. She was head over heels and couldn’t be more certain.

Almost 30 years later my parents met. The world was a little different then. Mind blowing changes were made like the introduction of the home phones and tv’s and their world was bigger than the village they grew up in. They had cars and motorcycles to cruise around, went out to the local discos on Saturdays and after a few years of dating they decided to get married, build a house and start a family. And like my grandparents they stayed together as well. They probably had some bad times in their relationship, but as a kid, I never noticed and till this day they are happily married and overcame the struggles they could have felt.

Almost 20 years ago, I met my husband. I can see now what you think, how old are you then?!? – well, I’m 34 and met my husband when I was 17 – we hit it off and are – just like my parents and grandparents were – still happily married. But for us, that wasn’t so easy and definitely not so naturally.

What changed? I think about everything. 500 years ago we – as a western society with a christian background – invented marriage. A pretty clever solution to divide the land, give the people structure and keep everyone calm. Perfect. In theory. Because when we agreed to such an rational, monogamous solution we also invented something else: adultery. Because love doesn’t stop at the boundary of a rational decision. Love goes beyond that and we all know the feeling that the grass is greener somewhere else. Especially when time added three extra ingredients to it that makes my marriage less likely to succeed, than the marriage of my grandparents.

2. By the influence of technology, our society changes faster every day. Think about our grandparents who were excited about the first bike in their street, my parents who already bought their own car and we who can fly to Bangkok for less than 400 bucks.

3. Our culture and norms are changing as well…was a marriage in the past a sacred engagement, they did call it a ‘holy matrimony’ for a reason…nowadays the Holy Grail is not to be married, it is to be happy. And if your not happy in your relationship, then your own happiness has become more important than that relationship altogether.

So we changed everything in our society and everything changes faster with the day and there is only one thing we forgot – or didn’t dare to- change in all those years: our perception of love. The most of us still long for that prince on his white horse, forever after fairytale kinda love from our own history, Disney movies and cheap romance novels.

And what a surprise…that ideal doesn’t fit us anymore. Expectation doesn’t add up with our reality. And I think it’s a shame that so many people get disappointed in love for that reason.

So time to shake up our ideas about love and construct a new 21th century standard. What should that be? Is there a new kind or recipe for love? I think so. Let me explain.

When my husband and I met 20 years ago, the world was different (no Tinder or Happn, just old school text messages) and we were different persons than we are today. We were young and inexperienced, happy to start an adventure together. But when you grow up, you change. And in these modern times you can change in various directions and in really different tempo’s. So changing in the same direction on the same tempo is nearly impossible. The odds are smaller and smaller every day.

Was the marriage of my grandparents or parents easy? I don’t think so, but I would say, having a long time relationship with only one guy or girl in this century is way harder. Not only we live more fast, our individual lifestyle have become the norm, but also our tech solutions opened up the dating market 24/7 worldwide. So our choices and options multiplied. And that makes feeling certain about one guy or girl – who is as imperfect as you – way harder.

To get happy again in relationships, I think there should be room for more diversity. Room to play, room the experience. Out in the open, because doing things differently nowadays should be oke. How cool would it be, if we don’t need to hide our preferences or longings in worldwide webs anymore, but talk about it at home. With our spouse, our friends and maybe even family. Let’s stretch our norm a little bit beyond one form and make room for other options as well.

Why is staying single still not fine everywhere? Why are people surprised if you love more than one person at the same time? Why is telling that you are in an open relationship still make people raise their eyebrows and telling you are a swinger gives you a dirty feeling because of what other people think? For my book ‘Room for love’ (Ruimte voor liefde) I spoke with more than 50 with people about this. About their expectations about love, about the mostly unconventional way they found their love and happiness and the struggles they fought along the way. The stories they told me – like the story of three people who live together for more than 43 years – are encouraging and sometimes fragile, but they stick. And they make you think how you do it for yourself. After interviewing them and talking to experts – like a psychologist, relationship therapist and trend expert – I’m a big believer of customized relationships. Where you choose the form that suits you, not the other way around. It’s important to go find a form that feels good. And if that is the old monogamous idea, that is perfect. But when that doesn’t work for you, don’t settle for less than de love you long.

Why I’m still happily married in a century a long time relationship is not so likely to succeed? At our home we talk and experiment as well. Sometimes in the way the people in my book experimented, sometimes in a different way, but I’m sure that daring and trying, trial and error, took us in the good place we are today. We created our own recipe, the one that works for us, right now at this moment. And I would dare you to do the same thing. Because that is – I think – the only way to lose the traditions that don’t work anymore and create something that gives you room for love. So don’t be afraid to love in your own way, start your own honest ‘once upon a time’ and if you do so, I’ll be sure you end up happily ever after. 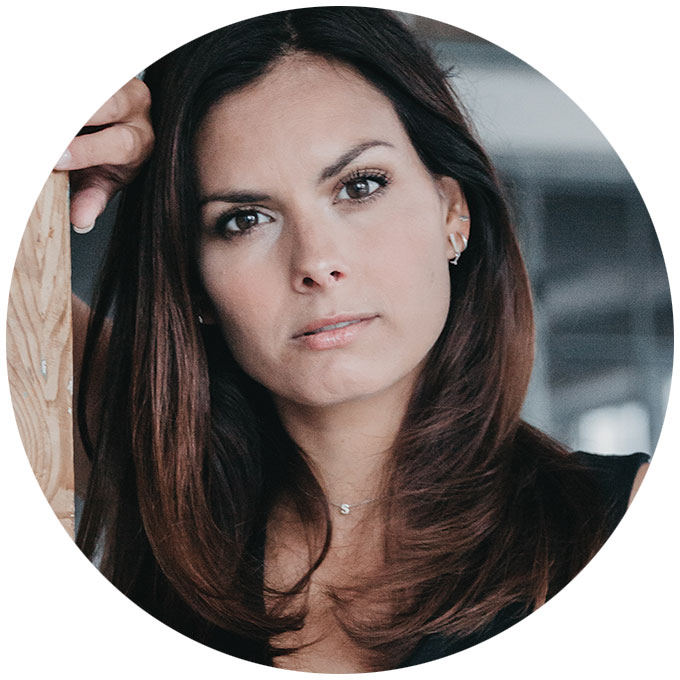